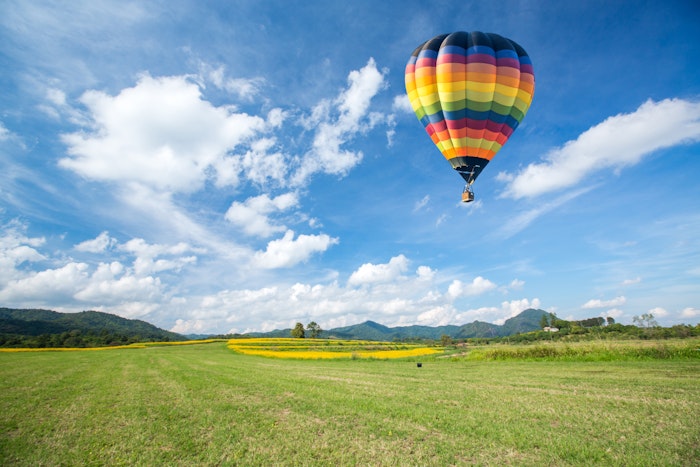 My friends’ father passed away not too long ago.  I say “friends'” in the plural because at some point in my life, I have been friends with all four of the siblings who called this great man their father. A few days after the funeral, they tried to get back to their routines when something very interesting happened.

Turns out the balloon could not land at the usual spot because of strong winds which forced the balloon down right on the family’s property. Never before had this happened.They were certain this was a sign from above: that their father was with them. I told a person of faith this story, how the balloon landed right on my friend’s property, and she said: “Of course it did!” She didn’t question, didn’t ponder it, didn’t doubt it.

That's what Einstein meant when he said: “Either everything is a miracle or nothing is a miracle.” Either this is the height of coincidence, or proof that their father was tipping his cap and saying, “All is well! See you soon!” One or the other. You can’t choose both.

Not long after that, I took a birthing class with my wife. I wasn’t sure what to expect but found myself totally fascinated. The teacher said that in moments of fear, your body sends out a hormone called catecholamine which awakens you (adrenaline), triggering a flight or flight state. But in moments of relaxation, your body releases endorphins, which serve as natural painkillers that create a soothing, tranquil, even euphoric condition.

Here’s the thing: Your brain cannot create catecholamine (fear) and endorphins (relaxation) at the same time.  It’s one or the other.

So it is with belief.

As much as we like to think we can find a comfortable place where we partly trust the hot air balloon was guided and partly believe it was mere coincidence, that puts us into neutral, and a neutral state of mind is like living with your hand-break on.

So just for today: Release the hand-break, shift out of the fear response, and move beyond the doubt. Say to yourself:

Today, I commit fully to the awesome power of my life.

How to create a magical morning routine

5 surprising reasons you should celebrate at work