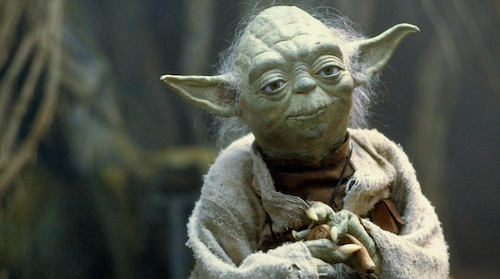 Let the force of this small green speaker of big truths be with you as you face the monumental task of shoveling out after a blizzard. Or, if you live in Boston, four blizzards. Here are 7 of Yoda’s legendarily wise quotes, with snow-day translations.

(Note: at just over 2 feet tall, Yoda would not be visible in the 90+ inches of snow that has fallen and that remain on the ground. Unless he climbed to the top of a giant snow mountain. In which case he would be.)

Snow day translation: “Just trying to shovel is not an option. Shovel. Or don’t shovel. ‘Trying to shovel’ doesn’t count and will only anger everyone around you. Especially your family who expects you to save them from being buried alive before they have finished their bucket list of binge-watching. Giving up and just standing outside in a bright red parka in a space created merely by pawing at the snow with your little mitten-hands will not serve your cause.”

My goodness look at this photo. Laura in Hull sent it in. #buried pic.twitter.com/mzuOjOzcYP

2. “Once you start down the dark path, forever will it dominate your destiny, consume you it will.”

Snow day translation: “Once you start down the dark path of digging a tunnel through the snow so that you can leave your house (or at least your driveway), the endless shoveling will dominate your life, consume you, and suck every last bit of your strength and will to live. Even the knowledge of all the calories burned whilst shoveling will not be enough to save you from emotional and physical exhaustion. Instead, you will dig yourself a one-way tunnel from desperate cabin fever to extreme despair. Once you realize that the destination was not worth the journey, you will rest your yellow shovel against the wall of snow, then disappear through a little hole into the great beyond.”

Digging out my back door in Brockton. A tunnel seems like the only (best) option. @mikeseidel @JimCantore pic.twitter.com/q2O6azM92p

3. “If you choose the quick and easy path...You will become an agent of evil.”

Snow day translation: “If you choose the quick and easy path of stealing a parking space that someone else shoveled, you will be seen as a total douchebag and risk mockery and even death. At the very least, you could have the original snow dumped on top of your car by the original shoveler. Because in Boston, actions like these do not go unnoticed, or unpunished. The native city dweller known as the “Masshole” will exact a revenge that is so swift, brutal, and absolute, that you will wish you were never even born.” 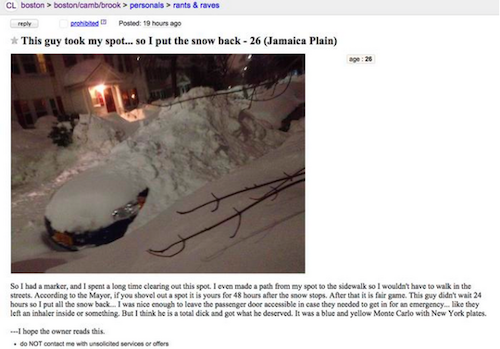 4. “The dark side clouds everything. Impossible to see the future is.”

Snow day translation: “The dark side of huge 12-foot snow drifts clouds everything, making it impossible to see the future over them, around them, through them, or beyond them. Unless you are an M.I.T. student, in which case you will give the most giant mound of snow a name and climb atop it in a world-conquering sort of way, because you are a genius and move through the world as such.”

5. “You must feel the force around you.”

Snow day translation: “Even if you are a famous weatherman known for his love of all things meteorological, you must feel the force of the amazingly rare and totally rad natural phenomenon known as ‘thundersnow.’ Whence it appears from the heavens you must jump around in delight while someone captures it on video. That way, your spontaneous and impromptu show of ‘snowthusiasm’ can go viral and be transformed into a never-ending thundersnow-montage GIF.”

6. “Named must be your fear before banish it you can.”

Snow day translation: “You must name your fear, even if it is a new fear, which of course it is, because who -- even the most anxious and neurotic among us -- could possibly imagine the never-before articulated terror of opening one’s front door and having the snow come up to one’s neck? And so naming this new fear -- Fear of Dying of High Snow at the Door of My House -- is necessary before you can begin to attempt to conquer it.”

Plum Island before and after pic.twitter.com/Fk2aHgjFkq

7. “When nine hundred years old you reach, look as good you will not.” 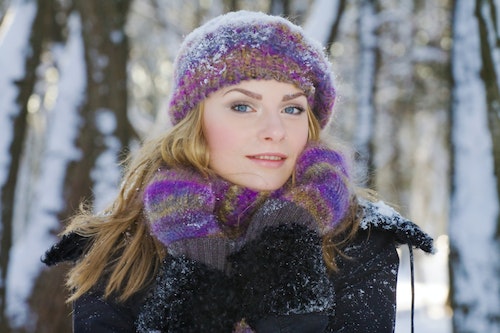 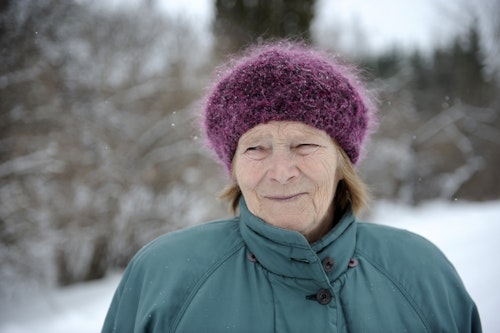 12 things I learned this year about self-doubt, joy, and the amazing power of human connections

The "girl power" toy you wish you had growing up

How practicing acceptance saved my speech