What monks taught me about worrying less 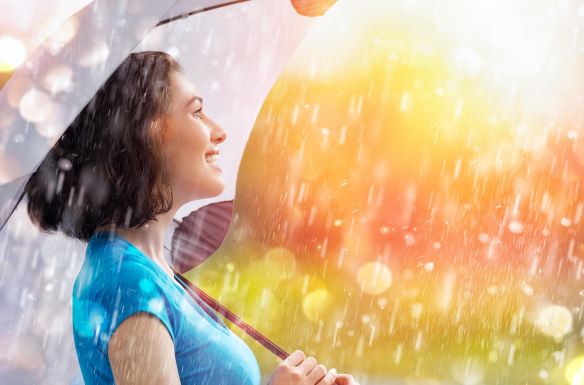 I was at a trendy breakfast spot in Soho not too long ago.

In the far corner were three people who stood out from the crowd.

That’s hard to do in New York City.

You could wear phosphorescent green, ultra-skinny jeans… and in NYC, you’d fit right in.

You could be a conjoined twin with two heads of different ethnic origin… and in NYC, you’d fit right in.

You could say out loud, “Jezamachafreeakmakamaka!” And in NYC, somebody would say “Screw you!” but somebody else would say “I hear ya brother!”

Point being: It’s hard to stand out here!

So just who were these three people who stood out from the crowd in Soho?

They were monks in full robes enjoying Sunday brunch.

As one of them passed me I said to him: “Your energy is awesome. Do you have any worries whatsoever?”

“Of course I have worries,” he said. “I live in this world. But I have learned to trust the Universe completely. I always have exactly what I need.”

His Complete Trust was calming and soothing. It made me feel spacious in mind and heart, as if I was 22 and lying on the beach listening to Jerry Garcia play an acoustic version of Ripple. I had not felt this way in so, so long.

And then it hit me. Spirituality had become shallow.

It’s easy to collect Pinterest quotes, and watch Super Soul Sunday, and do your meditations, and practice yoga, and talk about Trust all you want over almond milk chai lattes with extra cinnamon.

But real Trust is not what you say, but what you DO when you keep bumping up against the same frustrations, the same daily blues, the same obstacles day in and day out.

In Greek mythology, the god named PAN would instill “a sudden groundless fright” into anyone who ventured into his domain.

Even the slightest sound like the breaking of a twig would flood the trespasser’s mind with great danger.

Thus, the origin of the word “PAN-ic.”

The mythology states that if you paid your respect to PAN before venturing into his territory, he would bestow all the wonders of nature upon your lucky soul.

It’s a message so perfectly embodied by the three monks brunching in Soho.

Best case scenario? You bust loose and become the all-time greatest version of you.

5 quick ways to erase all traces of the winter sads

How saying yes changed my life