How you can make amazing magic every single day 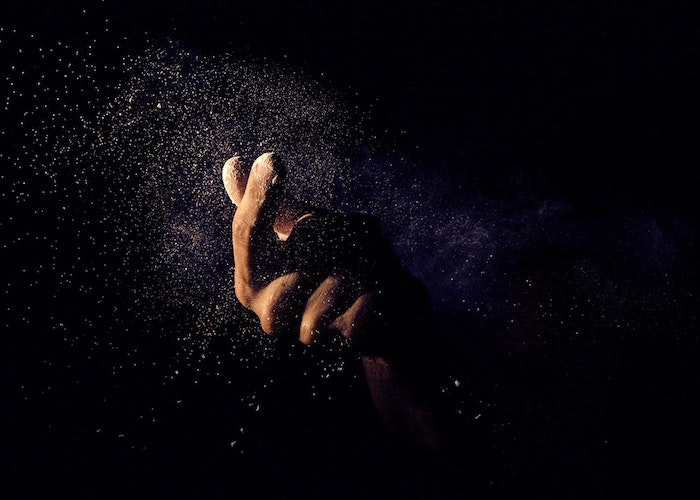 I was recently on a business trip and had a logistical horror day -- I'm sure you know the kind. Everything that could go wrong did go wrong -- even things I didn't expect could go wrong went wrong. It felt a bit like an obstacle course, a test that someone decided to put me through to see just how much stress I could handle.

It involved several conference calls which were either scheduled for the wrong time or weren't working on Skype; approximately one bajillion traffic jams (in Los Angeles, the city of already horrid traffic); a broken heel on the only pair of "meeting shoes" I'd brought with me (and then a lost shoe, after it'd been fixed). Oh, and a temporarily lost phone, a broken Uber app and no cash for a cab, and forgetting a new book I'd just bought at a cafe.

To say that I was frazzled doesn't begin to describe it. I was losing it.

And then I got into an Uber car (the one I'd texted my husband to arrange, from Boston, on his app which was still working) to go to my last meeting of the day.

The driver turned around and, without asking me how I was or why I was hyperventilating, smiled, and handed me a bottle of water. He told me he was going to put on some chill-out music that he hoped I'd like; asked me if I needed to charge my phone, and assured me he'd get me to my destination on time, even if he had to rush. When I told him that Hollywood-style stunt-driving wasn't necessary, he nodded. "Good," he said, turning his attention to the road. "Now try to catch your breath."

These acts of kindness on his part -- this person who didn't know me and and likely won't ever see me again -- was a calming wave that washed over me. Someone had cared enough to make an effort to help me get through my nightmare day. The warmth and kindness from those seemingly simple acts made me almost swoon with gratitude. I leaned back in my seat, listened to the chill music, drank my water, and closed my eyes long enough to truly catch my breath. All the crazy from the day disappeared and when it did, everything good came back into focus.

The thing is, what this person did was incredibly simple. His acts didn't take a lot of effort or time and they weren't particular difficult. What it did require was intention: the intention to do something kind for someone who clearly needed some TLC. And his tiny acts of intentional kindness created a dam in my day, stopping the river of stress and giving me the break I needed to regroup. I totally kicked butt at my meeting and I don't think I could have done that without the intentional kindness from this amazing stranger.

I think we should all try to be less randomly kind and more intentionally kind to the people in our lives -- strangers, family members, friends, and co-workers.

There are few better intentions to set for the day than to be kind to someone, to make them smile, to help them catch their breath if they need to. It's something that belongs in bold on our calendars and at the top of our to-do lists: if we think meetings and picking up milk are tasks important enough to put there, why not something as integral to being an awesome human being as daily intentional kindness?

Kindness is a habit worth forming and an act worth making part of everyday life because it leads to magic. I mean that, I am not exaggerating. Life magic. Research shows that when you do kind things, you become happier, and in turn, when you're happier, you do more kind things. So imagine a world in which a lot of people, every day, are doing kind things for each other, and becoming happier and more and more likely to do more kind things for each other. If that's not magic, I don't know what is.

How to deal with a difficult boss or colleague

A tree that bears just 40 kinds of fruit?

Confessions of a happiness skeptic