3 reasons why meditation is our ultimate safety cable 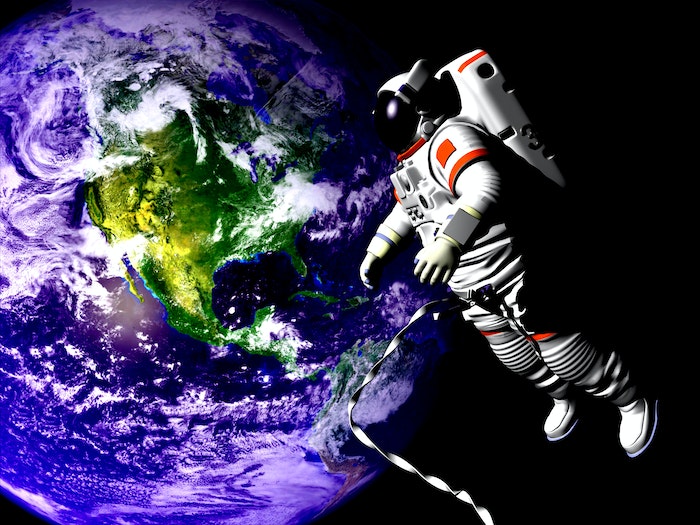 A few months ago I taught a workshop in Houston. Many of those in attendance worked at NASA as flight directors and operation specialists for the International Space Station. After the workshop, I asked them,  “What did you think of the movie Gravity?” (It's the story of 3 astronauts on a spacewalk that goes terribly wrong.)

One NASA specialist told me: “I couldn’t watch. So stressful. My worst nightmare. Why would I want to see that on my free time?”Another told me: “Meh, too much of it was unbelievable. But they did a good job recreating the interior of the space station. That was cool!” While their reviews were mixed, the conversation led to them telling me about a true and horrifying event that took place this past summer. Oddly enough, almost nobody in America heard about it:

In August of 2013, Italian astronaut Luca Parmitano was on a spacewalk outside the Space Station. He suddenly felt a liquid leaking into his space suit. A few moments later, the liquid began to engulf his helmet. Then, it got into his ears making it impossible to hear. And just as the sun dropped beyond the earth’s horizon, the liquid covered his eyes effectively blinding Parmitano.

Parmitano didn’t know if his next breath would be his last. With just seconds remaining, he remembered that his safety cable had a recoil mechanism. He yanked hard on the safety cable, and it dragged him back to the Space Station’s airlock. Another astronaut frantically helped Parmitano into the space station where he removed his helmet and gasped for oxygen. George Clooney could not have done it any better than Luca Parmitano.

Maybe you can relate to this sense of crisis. So many of us live each day feeling health, money, and stress closing in on us.This is just the moment when we need to remember our recoil mechanism. We all have one. But most of us, myself included, forget. And we keep going, grinding, wondering: What can I do to get out of this mess?

There's a word floating out there, and for certain Type A personalities, just saying this word can cause shakes and convulsions. This word evokes feelings of mental anguish.This word has been known to cause children to hide and grown men to run when asked by the lady of the house:

The word is MEDITATION.

Meditation is making love, eating gnocchi, and savoring chocolate on a black sand beach while watching the sunset and getting a foot massage.

YES, ONCE YOU BREAK THROUGH, MEDITATION IS THAT AMAZING!

But more importantly, meditation is the ultimate recoil mechanism, and no matter how bad your day, how achey your body, how stressful your job, when you learn how to yank on that “safety cable” and drop into the lush landscape of your inner world, everything changes:

1. You become the wisdom beyond thought.

3. You flow with the changes, make peace with the weather, awaken to the miracles.

(For more Dave Romanelli, go here to learn about all of his free Happier courses.)

Happier meditation expert David "Yeah Dave" Romanelli believes wellness and feeling good is much more than fancy yoga poses, green juice, and tight-fitting clothes. He co-founded One Yoga, one of the first yoga studios to mix music, technology, and fashion with ancient wellness practices, and created Yoga + Chocolate, Yoga + Wine, and Yoga for Foodies. Yeah Dave's Guide to Livin' the Moment (Broadway Books) reached #1 on the Amazon Self-Help Bestseller List, and his new book, Happy Is The New Healthy, was just published. He has been featured in The Wall Street Journal, Food + Wine, Newsweek, and The New York Times, and is a contributor to Health Magazine, Yoga Journal, and other publications.

How Deepak Chopra taught me to be happier in 30 seconds