I never really used to cook much. My husband and I lived in New York City after college and most nights we went out for dinner or grabbed takeout from one of the many places within blocks of our apartment. (Not cooking probably had something to do with the size of our kitchen as well. We celebrated when we moved to an apartment with a full-sized refrigerator because we now had a freezer that could fit pints of ice cream.)

But when our daughter was born I started to cook -- first for her (since as an incredibly picky eater for years she ate only about three things, and homemade chicken soup was one of them), and then for all of us (since getting babysitters to go out was out of the question on most nights). It took a few years but somewhere along the way I fell in love with cooking. It became one of my creative outlets, a way for me to use my hands to make something that others could enjoy, something I found incredibly satisfying. Slowly, I bought a few cookbooks, found a few sites online that I trusted, and started to cook a lot.

These days, every Sunday I sit down and make a meal plan for the week and then cook a few meals Sunday night. Then I cook a few more another night during the week. I love that we all eat homemade dinners and that my daughter, who is now 10, is used to always having a warm tasty meal waiting for her at night. Maybe it’s old fashioned, but it’s something I cherish.

Recently, though, I’ve realized that I lost my cooking spark. I do it so much it all became one big routine and to be honest, one that I started to despise at times. On Sunday nights when it’s time for me to cook I often find myself wishing I could just plunk down on the couch and watch TV instead. And while I still get really excited when we invite friends or family for a weekend dinner and I cook up a storm of new dishes, my weekly cooking routine has lost its joy.

To help bring the joy back, I’ve gone through my huge cookbook stash and picked out my absolute favorites. I’ve resolved to find recipes in them I’ve not made before and make them in the coming weeks, with an open mind towards trying new things and getting out of my cooking rut. I’m writing this article on a Sunday, about to head into my cooking marathon, and already I’m more refreshed and excited about it than I've been in a long time.

Here are the 5 of the best cookbooks to help you get out of a cooking rut or fall in love with cooking (for the first time, or all over again):

I absolutely love the vibrant, flavorful recipes in Yotam Ottolenghi’s Middle Eastern cookbook. I’ve made some of the dishes in it -- like the Chicken with Cardamom Rice -- dozens of times, and they never disappoint. 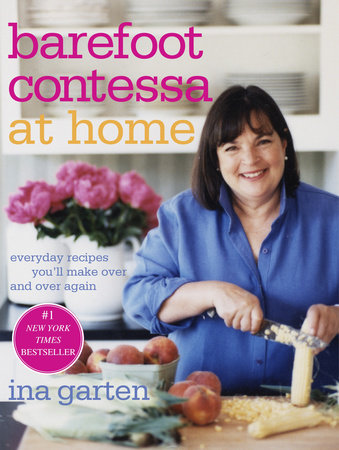 I find Ina Garten’s recipes to be uncomplicated, elegant, and really well-balanced in flavor -- and what’s great about this cookbook is that each one doesn’t take a ton of time and yet delivers a beautiful dish. Chicken with Goat Cheese and Basil is classic Ina Garten: It takes 10 minutes to prep, looks amazing, and tastes delicious. This William Sonoma cookbook is my favorite for slow cooker dishes that taste like you spent hours cooking them on your stove. Nothing tastes washed out and while each one requires a bit of prep before you put everything into the slow cooker, your prep time is minimal. Moroccan Lamb recipe here is one I often make for a weekend dinner with friends and it’s always everyone’s favorite.

A Platter of Figs and Other Recipes

David Tanis is the head chef at Chez Panisse, the Berkeley, California, restaurant known for its impeccable sustainable cuisine (and the incredible chef, Alice Waters). This cookbook is organized by season and each contains a selection of meals which group appetizer, main entree, and dessert recipes for beautiful, not overly complicated dinners.

Organized by color, the recipes in this cookbook are as eclectic as the author’s background: Tessa Kiros grew up traveling through many different countries and brought back a lot of cooking inspiration with her. I love the whimsy in this cookbook and have never made anything from it that my daugher, at different ages, didn’t love.

5 reasons why meal planning will make you happier

5 scientifically proven ways to be happier at work